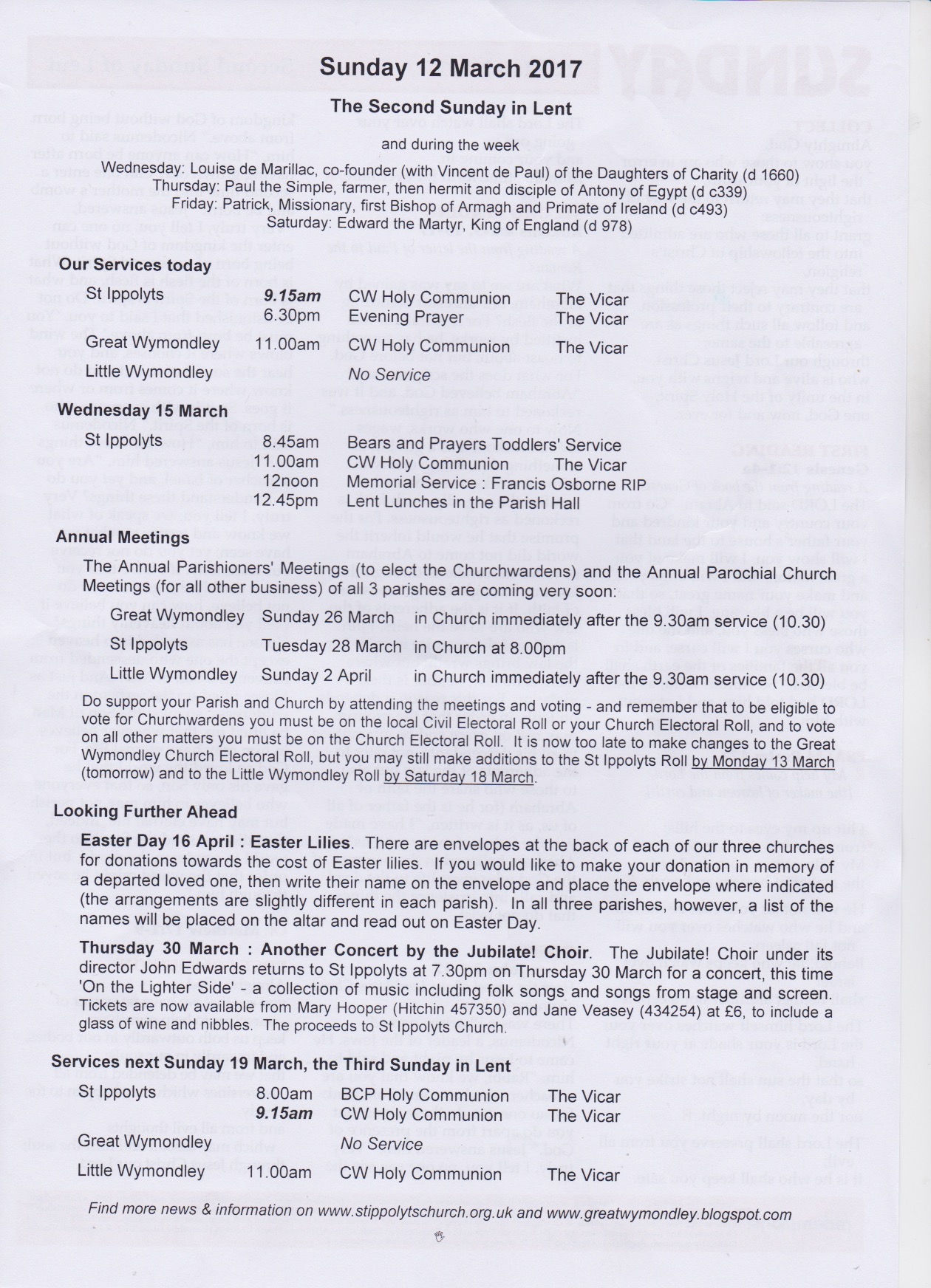 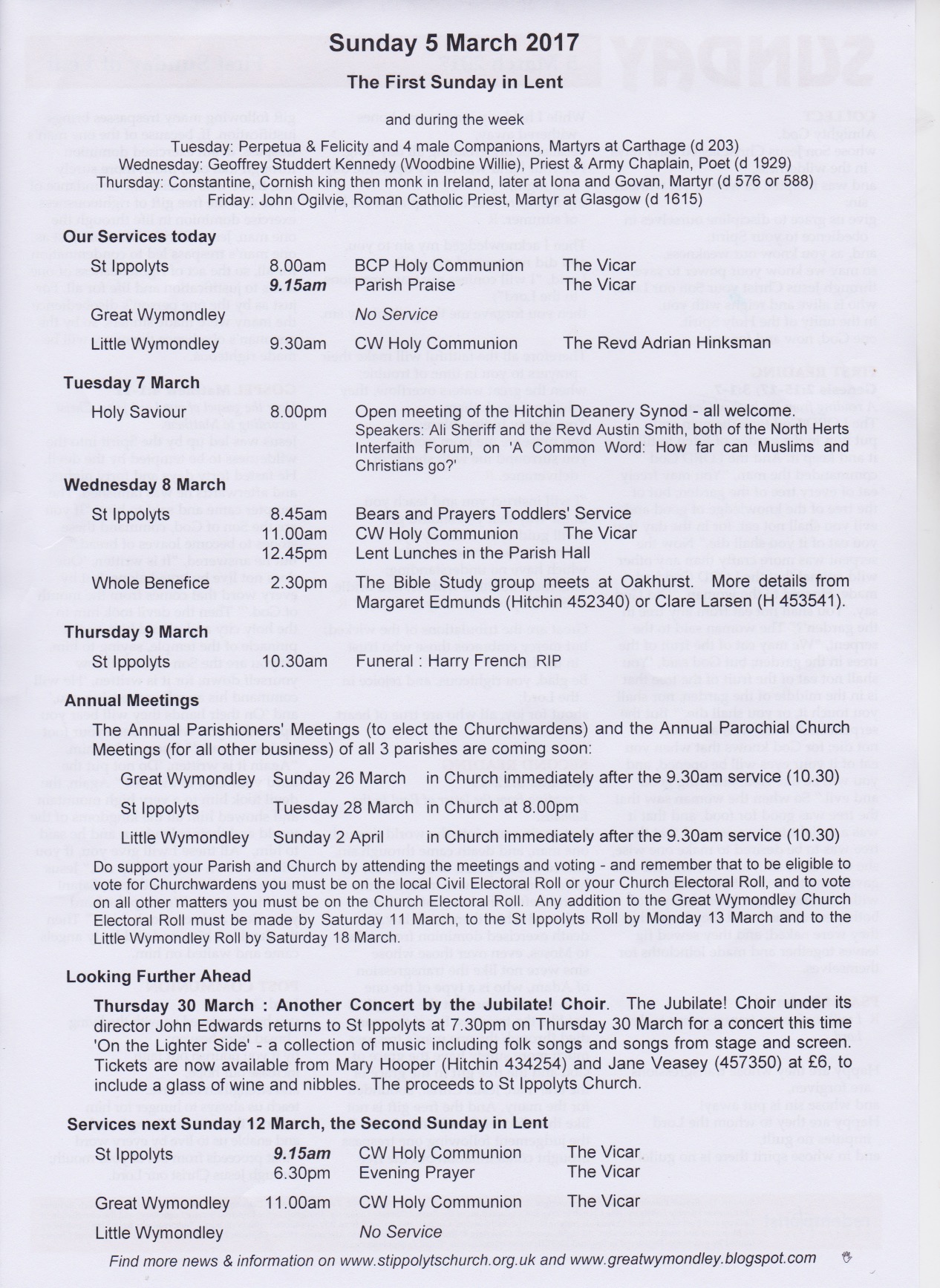 WHAT NEXT? FROM REV GINNI!

Following my manic exploits during the Christmas period, I am pleased to report that life at The Vicarage has calmed a little over the past couple of weeks and I am starting to lose the ‘rabbit in the headlights’ look that I seem to have had since I joined the Benefice in August!  I can’t believe that I’ve been here six months already and I’ve been reflecting on all that’s happened since I arrived, the expectations I came with and the reality of the life I now live.

If I’m honest, I didn’t know what to expect when I got here, but I was very scared!!!  If the stories about parish life, as told by some of my ‘seasoned’ and possibly slightly sadistic, vicar ‘friends’ were to be believed, then I had better brace myself, develop a thick skin and learn to appreciate the therapeutic value of a large gin!

I’m pleased to report though, that the reality of being your vicar has been a wonderfully positive experience so far - and I haven’t yet resorted to gin!

One of the things I was most worried about when I got here was my much documented lack of singing skills.  Whilst I am happy to make a joke of my ability to make ears bleed when I burst into song, the reality is that it is a very real challenge when part of your job is to lead others in worship.  You can only lead when you know where you are going.....and believe me, my singing voice was never on the map in the first place!!!  I did ask God more than once for a little bit of help, perhaps quietly hoping that I might wake up one morning with a voice like Whitney Houston or Katherine Jenkins, but I also know that God gives us what we need, not necessarily what we want!!

You can imagine my delight then when my plea for singers to help me yielded a great response.  I now have a bunch of 16 singers who I have named the Melodic Miracles and who accompany me, in groups of 6-8, into 3 care homes every month for a short service of Holy Communion with hymns.

The newly formed Melodic Miracles met at The Vicarage in January to enjoy a social get-together and to plan for the next few months.  Wine flowed and nibbles were munched and hymn books passed around and before too long, huge lists of favourite hymns were compiled.........and then they started singing!  I think there may have been a correlation between the increase in noise volume and thedecrease in the quantity of wine but it was so lovely to see people from all three parishes working together and having fun.

The following week we headed off into the care homes where we were warmly greeted by the residents who told us that they had been eagerly awaiting our visit.  One lady told us that she had been a member of her church for 43 years before she had had to move into the home and how she so missed her church family.  She said that when we came it felt like we

were bringing church to her and she felt part of a worshipping community again.  Others said that our visits made them feel that they mattered to the ‘outside world’.  I don’t think that any of us realised the impact that the simple thing we were doing would have on both the care home residents and us until that moment.  It was both a joyful and a humbling experience and, for me, an unexpected answer to my prayers.

So now that the Melodic Miracles have taken care of my little singing ‘issue’, what next?  Well, the season of Lent begins on 1st March and marks a time when, as Christians, we take stock of where we are at in our lives, a time for reflection and change and a refocussing on Christ.

Traditionally the forty days in Lent were marked by fasting, both from foods and festivities, and by other acts of penance.  The three traditional practices to be taken up with renewed vigour during Lent are prayer (justice towards God), fasting (justice towards self), and almsgiving (justice towards neighbour).  However, in modern times, observers often give up an action of theirs considered to be a vice, add something that is considered to be able to bring them closer to God, and often give the time or money spent doing that to charitable purposes or organisations.

I think that, in light of my reflections on my first 6 months here, perhaps this Lent, I should give up worrying, add a renewed determination to trust in God’s provision for me........and give my ‘gin money’ to charity!!!

Whatever discipline you choose to give up or take up this Lent, my prayer for all of us is that we find the time to build on our relationship with God, to learn to ask for help when we need it and to trust that God will give us what we need. 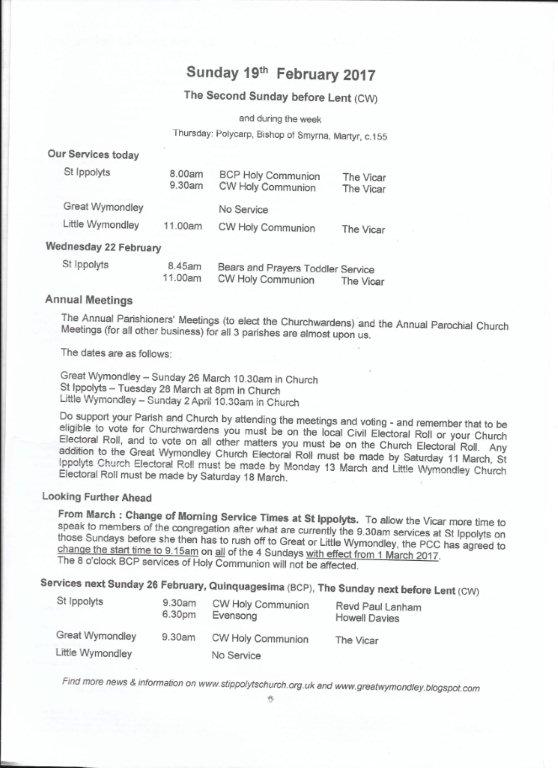 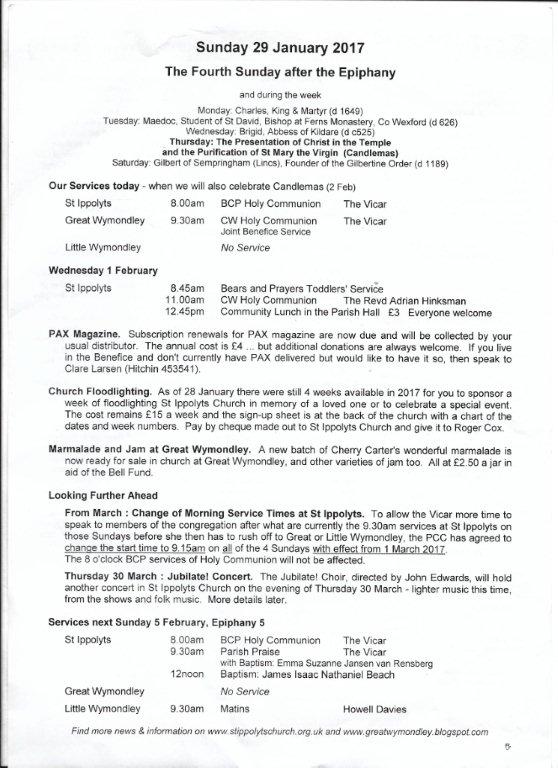